HuffPost has announced the appointment of Jimmy Leach as Editor-in-Chief of HuffPost UK to oversee the HuffPost team of editors and staff writers in London and beyond. 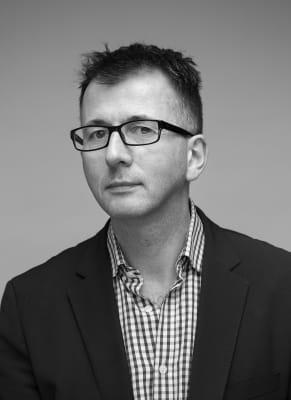 HuffPost also announced the promotion of Jess Brammar to Executive Editor, responsible for all editorial output and standards on HuffPost UK. Jess joined HuffPost from Newsnight last year and has been instrumental in building out the news team. Jimmy's hire and Jess' promotion come at a time when HuffPost is investing significantly in exclusive stories and quality journalism globally.

"I'm thrilled to welcome Jimmy to HuffPost at this exciting time for our UK newsroom," said Louise Roug, International Director of HuffPost. "With Brexit exclusives, engaging Life coverage, and in-depth projects, such as the collaboration with The Bureau of Investigative Journalism which found that local councils have been selling libraries, health clinics and community centres to fund job cuts, the UK team continues to cover the issues that matter most to our audience, and I'm sure Jimmy's strategic mind and digital experience will further help HuffPost grow in the U.K."

Jimmy joins HuffPost with more than thirty years experience in the media industry with a specific focus on digital strategy and its implementation. Having led digital innovation across the media and government, Jimmy founded his own digital strategy agency with clients including the OECD, The Office of Tony Blair and governments and ministries across Europe. Jimmy is also a crowdfunding consultant for Unbound.co.uk, as well as a senior visiting research fellow at the Policy Institute at King's College, University of London.

"I am thrilled to be joining the HuffPost team as UK Editor-in-Chief. I have been so impressed by all the great reporting by the team and recent projects that look beyond the London bubble, which we so often focus on as an industry," said Jimmy Leach. "It is a challenging but also a very exciting time for journalism, and I am excited by what we are going to do as a team."

Previously, Jimmy held numerous positions in the media industry. These roles include senior positions at The Guardian where he led a number of product launches which contributed to a significant rise in traffic and commercial revenue. He was also Editorial Director for Digital at Independent News and Media, where he was appointed to create and deliver a strategy to enable the company to become digitally-led. Jimmy also spent time at the Foreign and Commonwealth office as Head of Digital Diplomacy and head of digital communications in Downing Street.

HuffPost UK, which is part of Verizon Media, has grown from a team of six people at launch in 2011 to an award-winning website with a newsroom focused on quality journalism, reflecting what matters most to its audience.

Jimmy will start at HuffPost on April 1, 2019 and will report to International Director Louise Roug.

For more information on working with HuffPost, speak to your Verizon Media representative or email info-uk@verizonmedia.com