Looking into 2019, companies on a global, regional and city level feel that the economy will be worse compared to last year, though expectations for their own industry and company remain relatively the same; according to the latest advertising spending projections survey conducted by Nielsen in collaboration with Hong Kong Advertisers Association.

Major fears include Hong Kong and China economic downturn, fierce competition, difficulty in talent retention, as well as the brooding conflict between US and China. Hope, meanwhile, lies in the Greater Bay Area development, the Express Railway link out of Hong Kong and with it the growing number of mainland tourists, increasing government support, as well as Hong Kong's potential in becoming a smart and sports-oriented city. As such, it's not surprising that the top four industries that are expected to see upward trajectories are all tourism-related, followed by FMCG and then banking, finance and property. 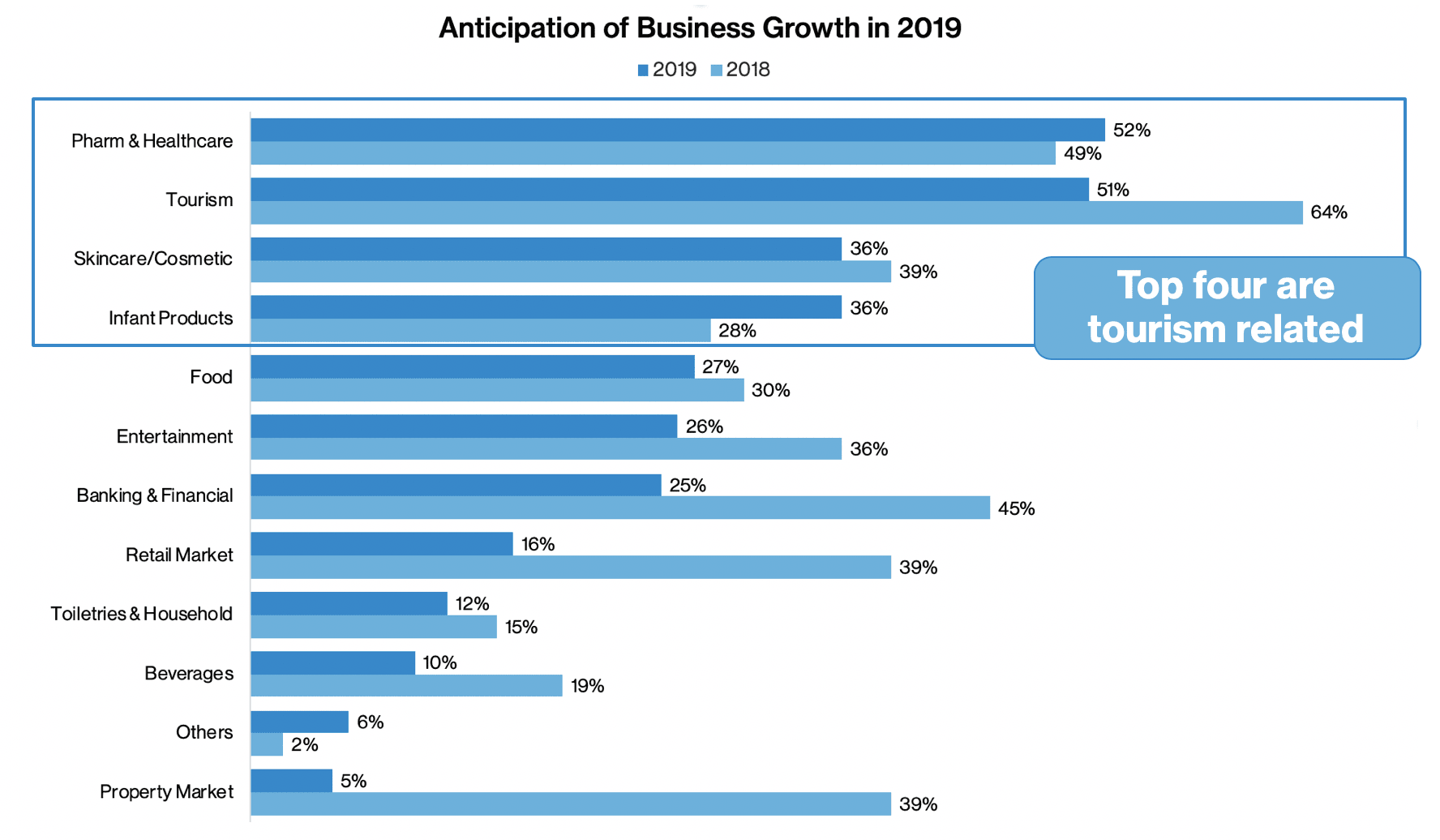 The ad spending forecast for 2019 on online is 50%, compared to 45% on online last year's forecast. Total budget, however, will remain relatively the same as 2018.

Given as many as 57% of the respondents may reduce offline ad budget, source of the online ad budget, is expected to come from print and TV to anticipated online channels such as video, display and mobile ads as well as paid search.

Marketers also indicate that mobile marketing and online video will be their core focus in the next three years, followed by social media ads and OTT/Mobile TV. 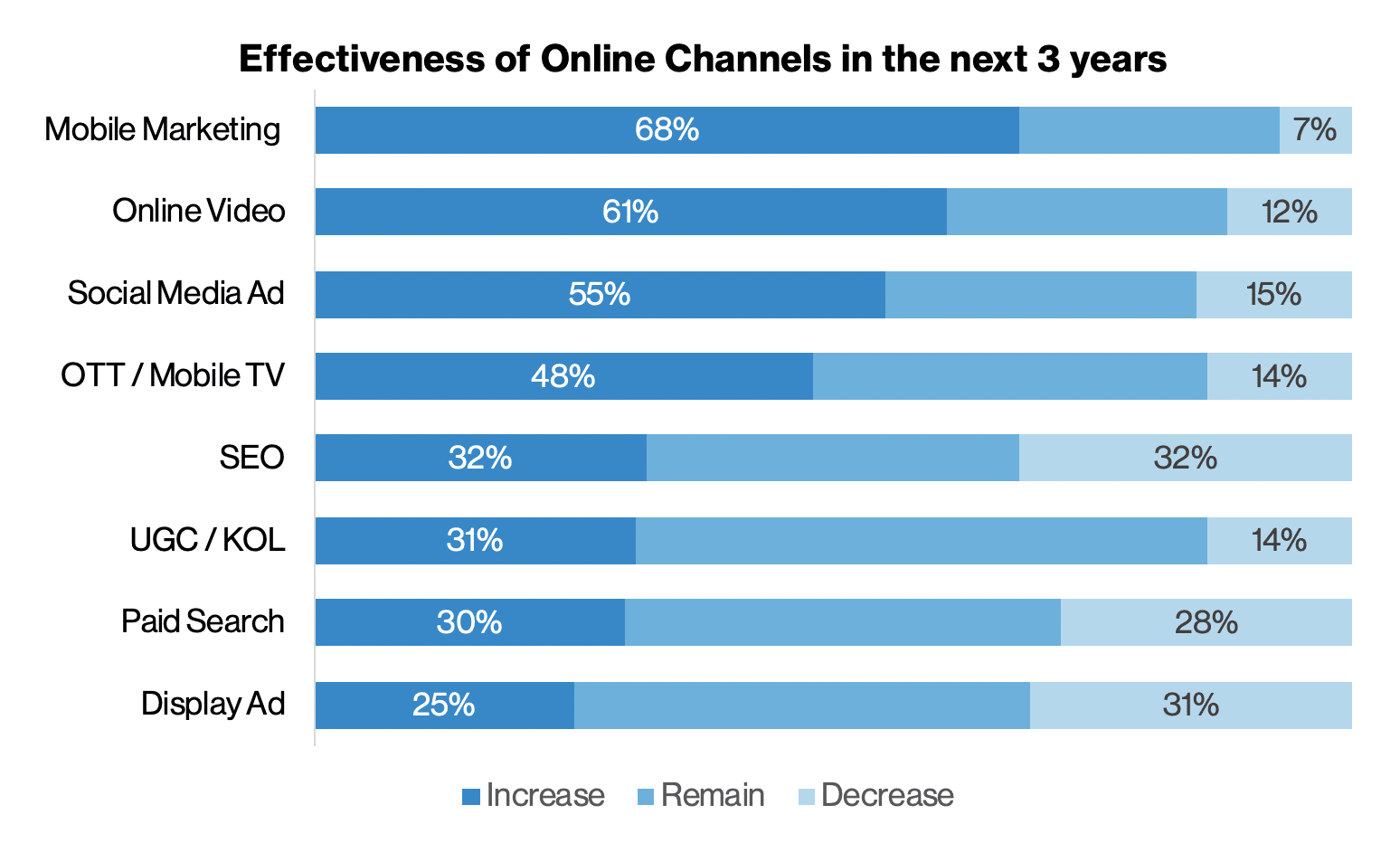 The survey was conducted by The Nielsen Company in collaboration with the Hong Kong Advertisers Association between December 2018 to February 2019.