With the economy thriving last year, expectations on the economic performance are growing in tune. According to the HK2A Advertising Spending Projection Report 2018, nearly 40% of the respondents expect improvement in Hong Kong and Global economic conditions in 2018, compare to only 6% in 2017.

High expectations on growth are proposed in different businesses, with the Tourism Industry anticipated the highest growth of 64%. Pharmacy and Healthcare, as well as Banking and Financial Industry are also expected to excel in 2018, with 49% and 45% anticipated business growth rate respectively. 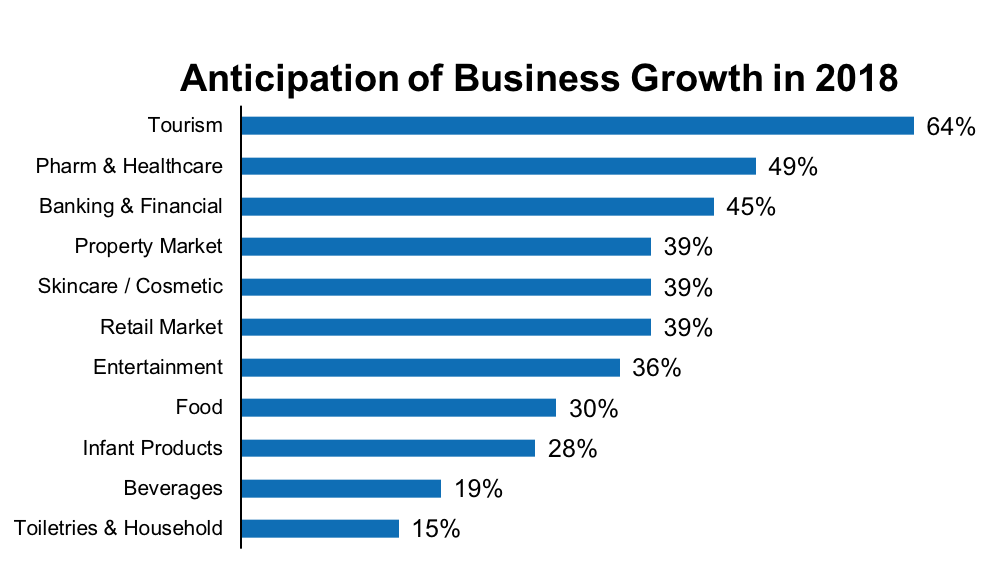 Interactive Advertisements are meanwhile expected to take the lead in the media share of voice in 2018, with more than one-fifth of the share. Newspaper, Free TV and Mobile follow to form the majority of the platforms for advertisements. 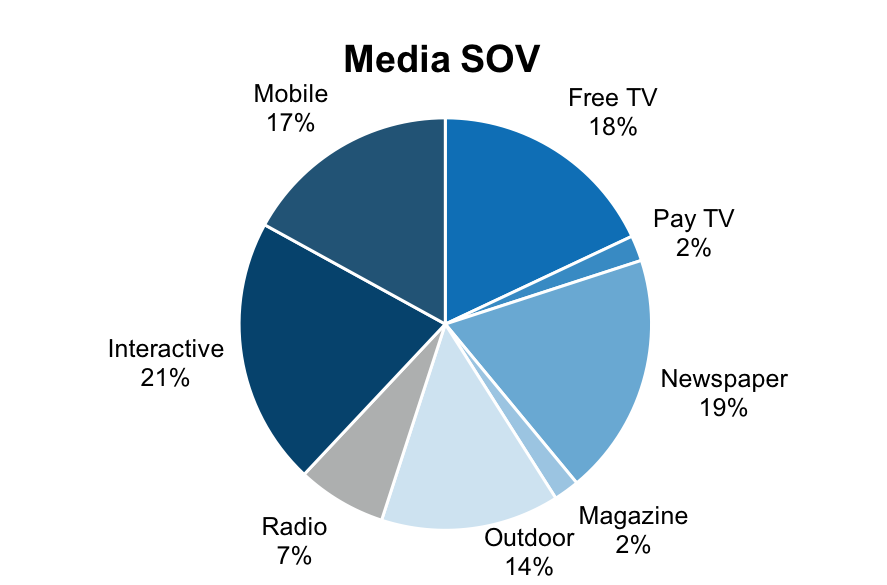 It is highly expected that online advertising budget would only continue to grow in 2018, as 63% of the respondents indicated their online ad budget will increase. Offline ad budget is likely to remain stagnant by most respondents.

Albeit a slightly drop of 6% from 67% in 2017, Content Marketing remains, by far, the most significant trend for online ad adoption in 2018, amounted to 61%. E-commerce and M-commerce, KOL in Social Media, Paid Social and Programmatic Buy follow. 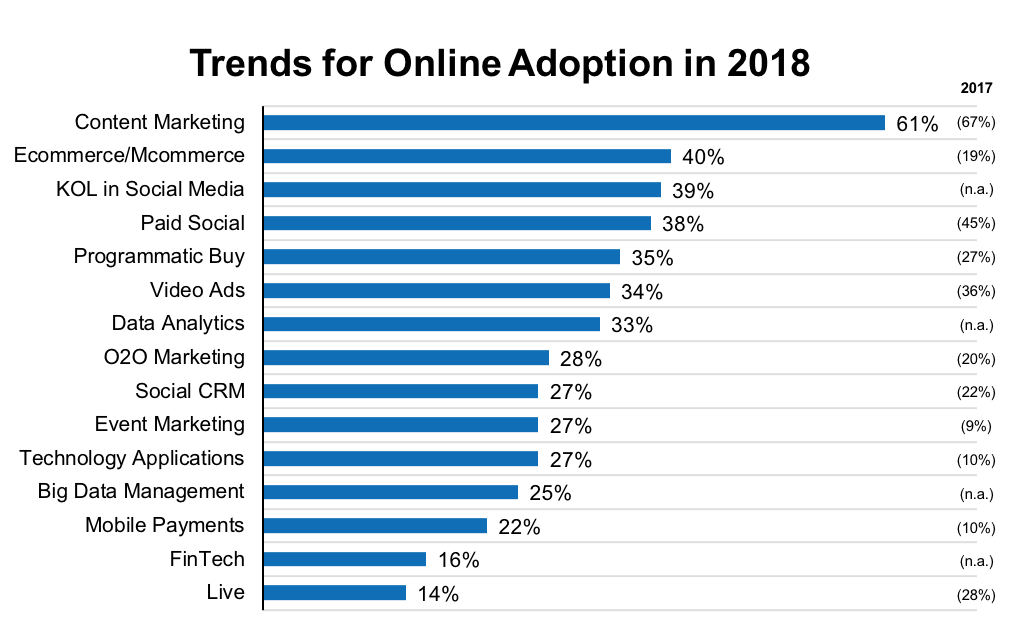