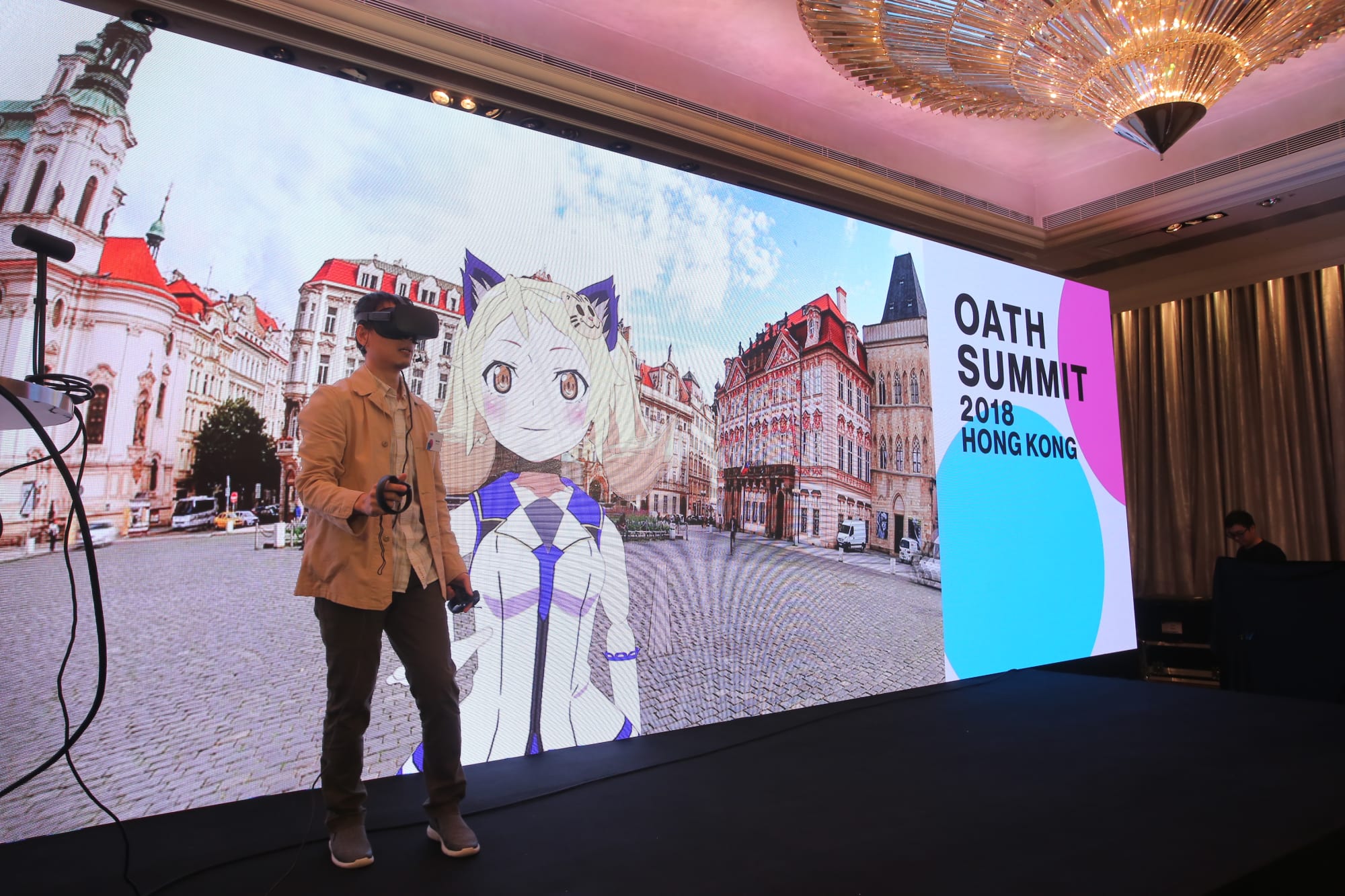 For the 30 minutes that Oath Taiwan's Yahoo TV Hoonie Program Producer Bull Hsu was on stage, he was "a panda". Though it's one that he controlled via a VR headset, the furry character on-screen was cute, had surreal expressions and enviably had the occasional lightsaber as a pointer. 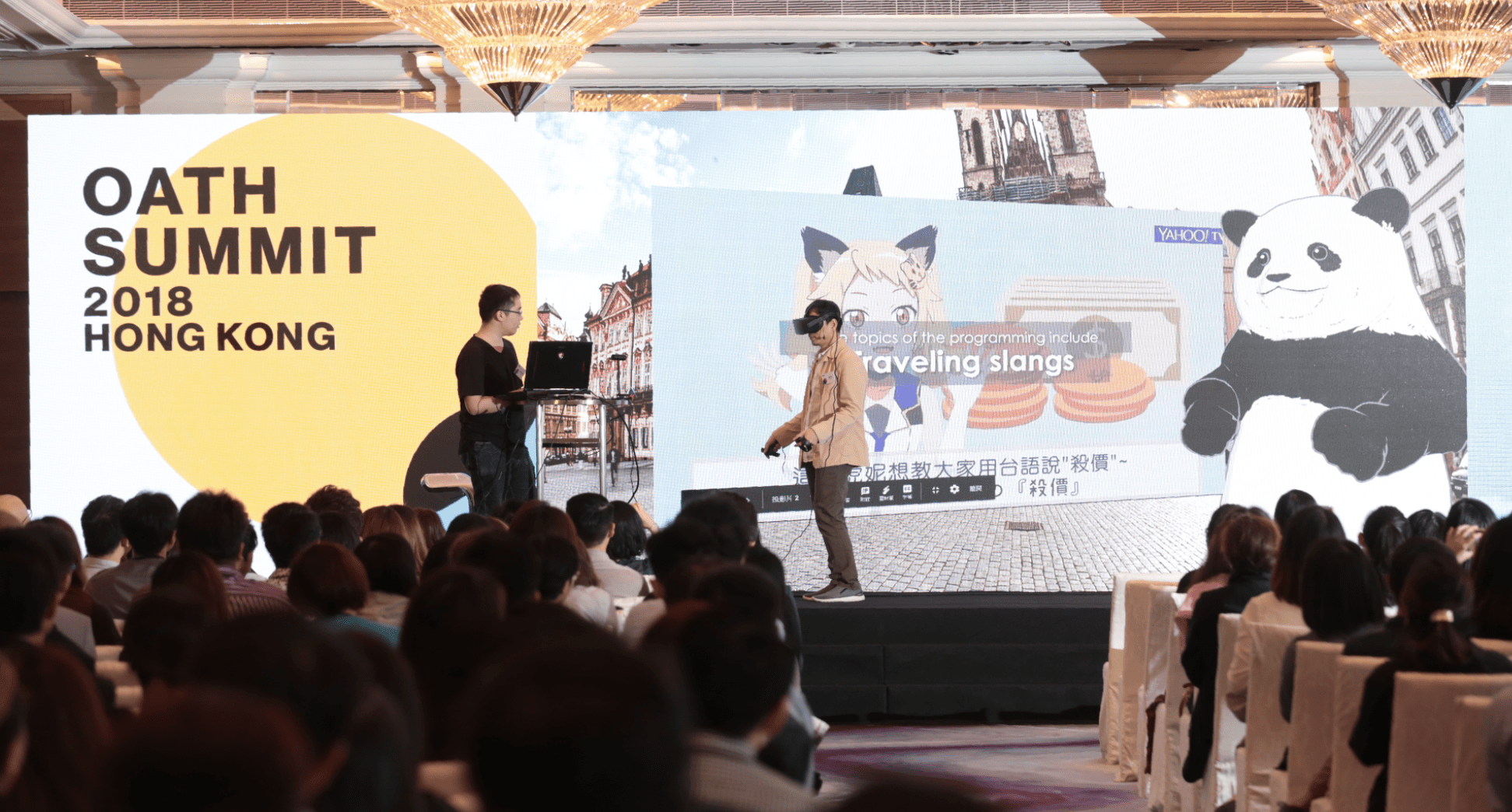 Hsu's new identity proves a point: everyone pays more attention to – even ever slightly – adorable virtual characters than actual humans. This fuelled Hoonie, one of Taiwan's first virtual celebrity.

Now, Hoonie – a blond girl sporting pigtails and a cat-ears headband – hosts Yahoo TV's game previews, product tests, live programmes and even interviews, often showing off her dancing and singing panache on screen. Most often than not, her shows are complemented with a live, interactive comment section on the side.

Though the virtual celebrity has yet to gain true stardom with only 20,000 subscribers as of the day of the event, Hsu said it has endless potential to tap into gaming-, virtual- and animation-oriented audiences as well as to use her as the face of shows centered around otherwise mundane topics. 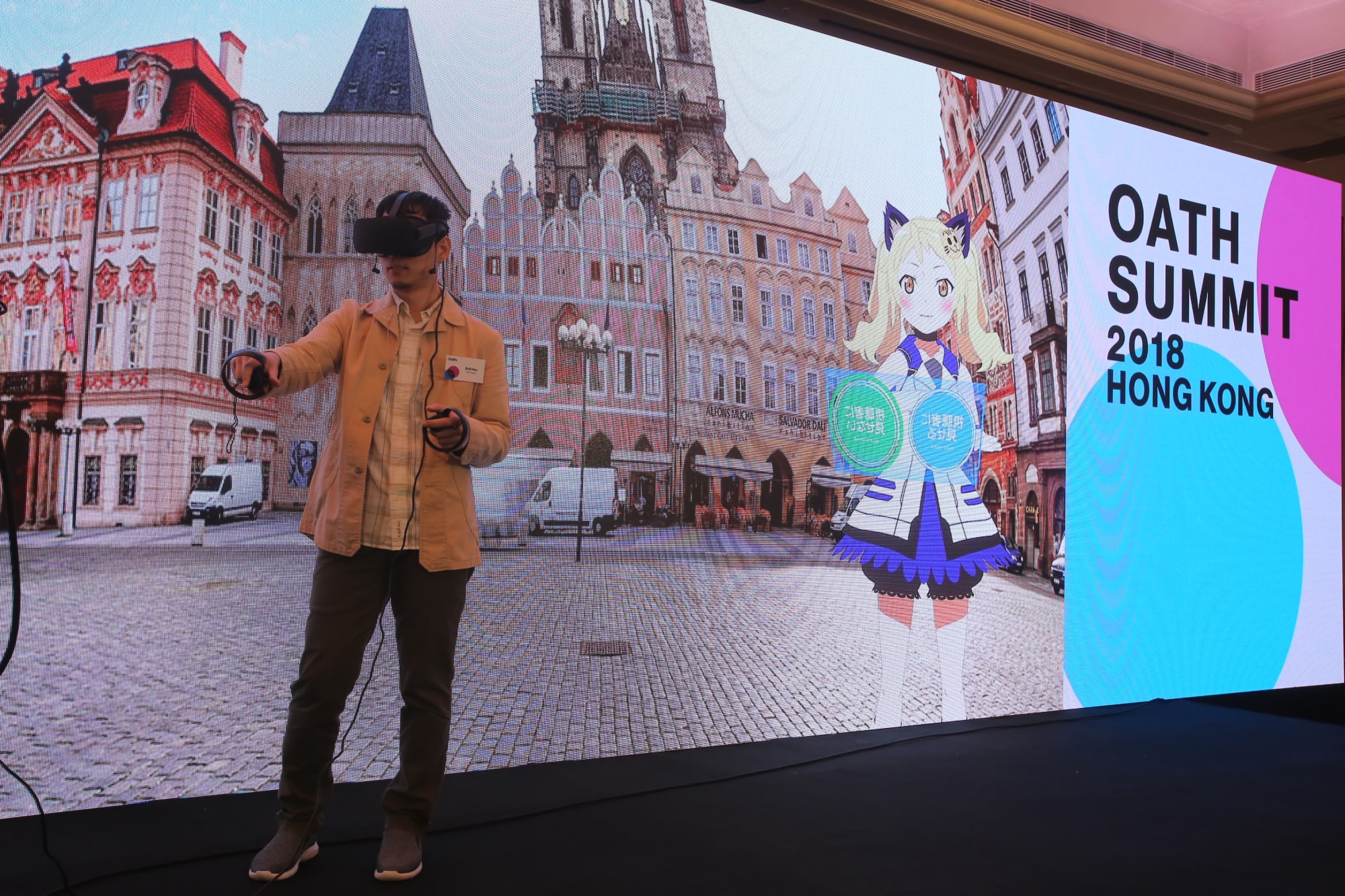 "Younger audiences have higher acceptance and tolerance so we definitely want to tap into the potential to experiment with a new medium here," says Hsu, adding that though interaction is rare among traditional online programmes, virtual characters are sociable, have their own personalities and relationships, and more importantly, allow room for fans' imagination.

"We receive a number of derivative work like illustrations of Hoonie going to school, hanging out with her friends, etc. With the help of fans' imagination, she comes alive. And most importantly, it's not possible for a virtual character to have tabloid gossip, unlike real celebrities," he jokes.

By next year, a virtual celebrity will, too, debut on Yahoo TV Hong Kong, a hub whereby 4.3M unique users already rely on for music, sports, auctions and other live events like TechCrunch. 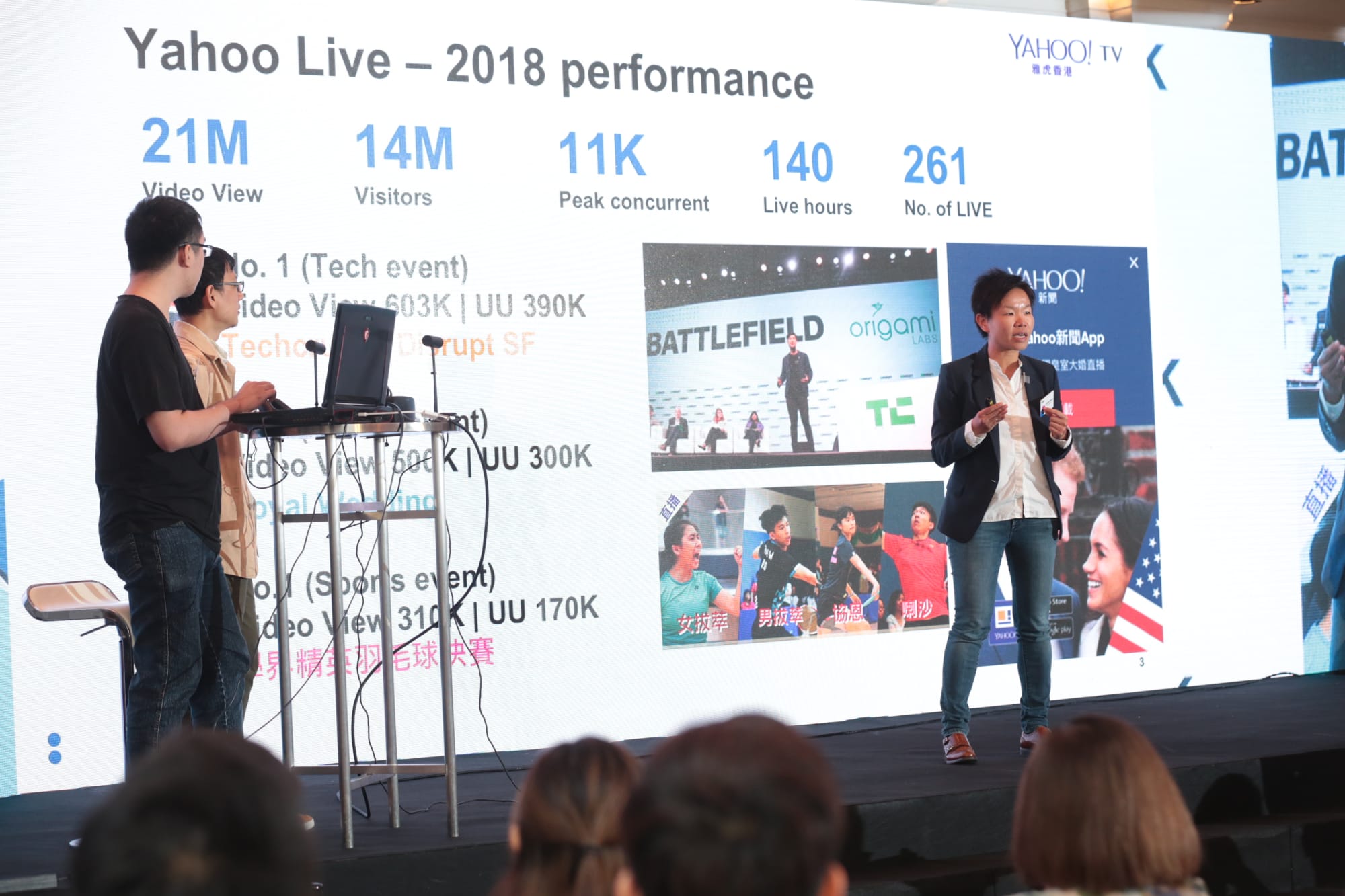