Setting up to score big

American football's biggest game day is also the biggest pizza ordering day of the year. Pizza Hut recognized a massive opportunity to align itself with the Big Game, but also knew that while this sporting event is the highest viewed in the U.S., it historically offers the lowest digital engagement.

As a leading pizza restaurant chain, Pizza Hut has continued to innovate and find new ways to put its customers first. This includes making it easy to order pizza online and via mobile app and web. To boost engagement on game day, Pizza Hut partnered with Verizon Media to think through new ways to surprise and delight football fans online and on their mobile devices.

In an effort to associate Pizza Hut with football and the Big Game as well as drive engagement and online pizza sales, Pizza Hut and Verizon Media digitized the beloved fan game "Squares Pick'Em." The custom-built game was designed with mobile in mind and built within the Yahoo Fantasy app, making it easy for members to create new pools, pick squares, share groups with friends, and order pizza - all with just a few simple clicks. 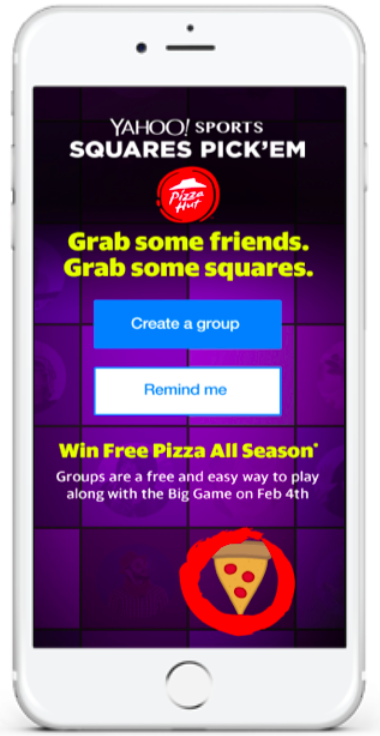 Proof is in the pie

The highly successful "Squares Pick'em" game attracted fans from around the U.S. who spent more than 9 million minutes playing the game and 70% played on their mobile device or tablet.

The campaign generated a total of 85,000 players, created 23,000 groups and clocked average time spent per unique user at 43 minutes. In addition, Pizza Hut saw a 255% lift in online conversions - that's over 100K pizza orders placed as a result of this campaign! 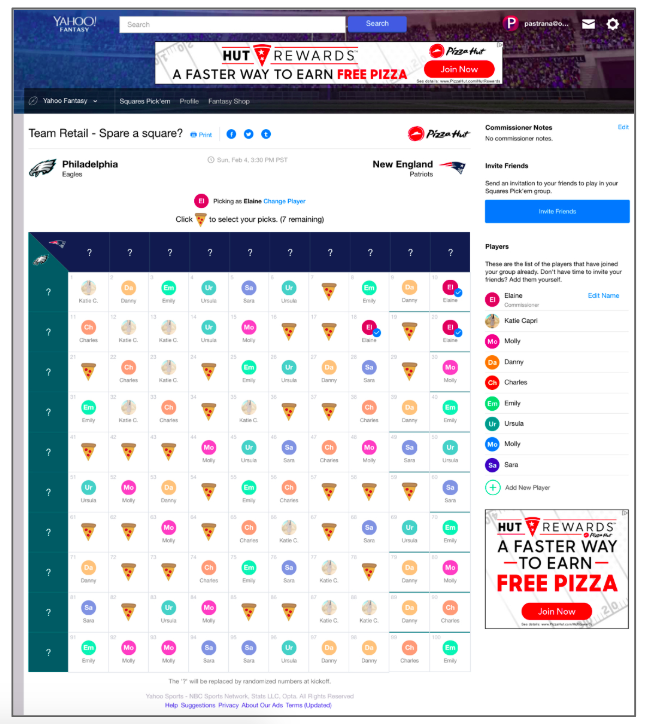 The Pizza Hut campaign is a 2018 Brandblazers winner, celebrated for its innovative, consumer-first and cross-screen approach to engaging its audience. With Brand Advertising Intelligence, Verizon Media combines the art of branding and the science of data to help partners like Pizza Hut build stronger relationships with their customers.