Solution: Use native video to drive movement through the funnel.

"In order to scale in the way that we have... we had to have partners who were as invested in our growth and success as they were in their own. ...And Verizon Media has been one of those partners" - stated Bryant Garvin, Director of Digital Marketing, Purple.

When Purple launched in 2016, it hit the ground running. The Kickstarter-funded e-tailer quickly became a serious player in the crowded, hyper-competitive mattress industry. Its smart, visually-driven ad campaigns have built a strengthening brand that people everywhere are beginning to recognize. Recently, the company teamed up with Verizon Media to run a video campaign to reach its target customers: anyone who sleeps.

Purple has seen exponential growth, most of which has been driven by digital ad campaigns. Its primary objective is always to increase sales and conversion rates. The company also hopes to solidify its brand identity by creating good-humored campaigns that will form an emotional connection with potential buyers, moving them down the funnel to purchase. 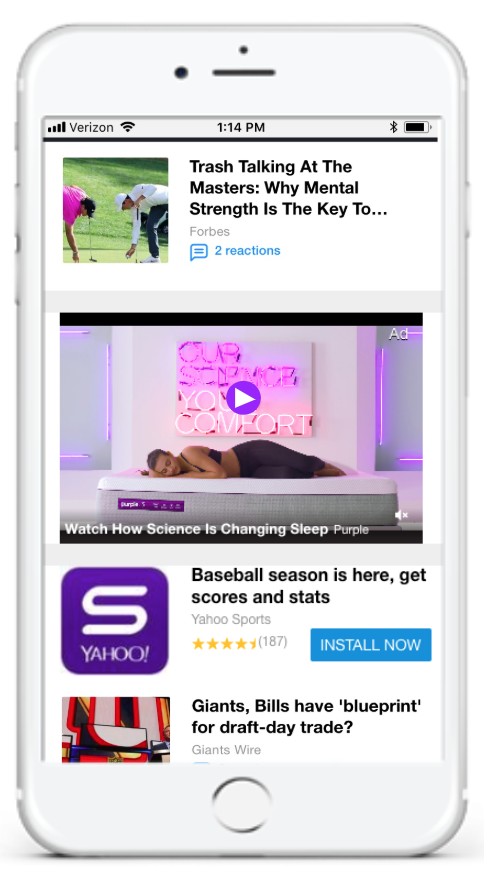 Not too long, not too short, but just right

"We call ourselves a video-first company. And the reason why is because video taps into people's emotions, and emotion is really what drives purchase consideration" - stated Bryant Garvin, Director of Digital Marketing, Purple.

Though Purple has used a variety of digital tactics, it sees itself as a "video-first" company. It knows the value of tapping into the emotions of potential buyers, and videos do it best. Verizon Media suggested that they experiment with videos of various lengths, including a brand new 6-second option, which allows for quick brand mentions that don't annoy viewers.

These videos would complement its other digital efforts with Verizon Media, which include homepage takeovers, Mail log-in takeovers, and native display ads.

Getting a good night's sleep

Despite achieving powerful results together, Verizon Media and Purple don't plan to sleep in on their success. Instead, we expect this partnership to continue innovating throughout 2018 and beyond. 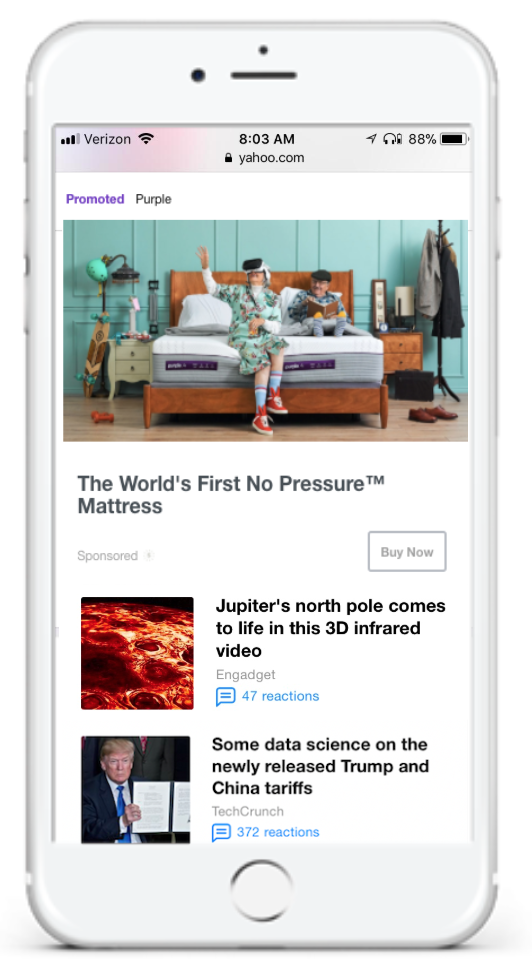 For more information on the Purple Mattress campaign check out our article on DMN or discover more about Verizon Media's native and video solutions.