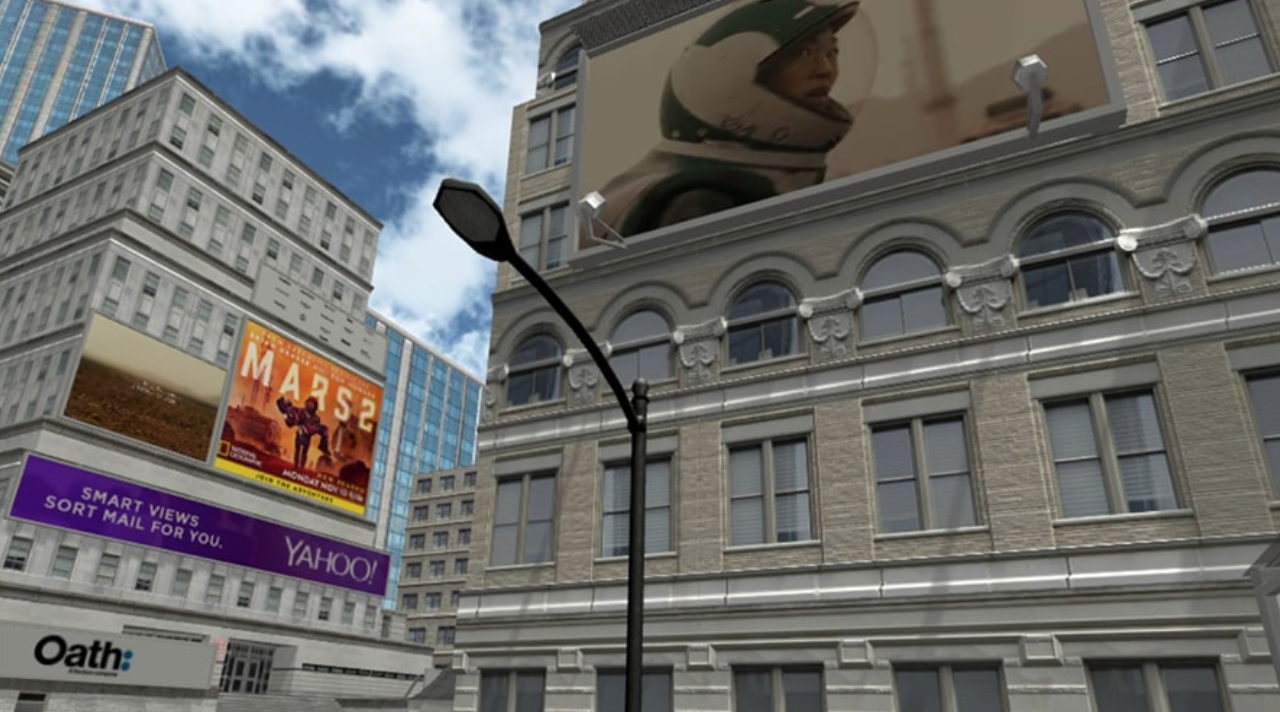 Fall TV is here, and with it increasing competition among networks to connect with viewers. Top networks and studios like National Geographic are partnering with Verizon Media to pilot innovative ad experiences that delight and engage consumers, including programmatic virtual reality (VR). Available through Verizon Media Ad Platforms via a partnership with VR/AR SSP Admix and BidSwitch programmatic infrastructure, programmatic VR enables advertisers to seamlessly extend existing display and video assets to fully immersive and consumer-first VR environments.

This month, we're working with Nat Geo and ad agency 360i to promote the season two premiere of MARS, a hybrid, six-episode series that alternates between scripted drama and documentary sequences to predict what life will be like on the red planet. The prospect of terraforming Mars once was considered science fiction, but soon, it will be a reality. After a highly successful first season — the series became the network's second highest rated series of 2017—the campaign will build awareness for the return of MARS, which premieres on November 12.

For the first time ever, VR users will see ad placements for Nat Geo's MARS in picture frames, on TVs and even on traditional billboards in gaming and social experiences — all within the immersive VR environment. This new ad experience will help Nat Geo deliver dynamic ad creative to attract viewers, seamlessly powered by Verizon Media Ad Platforms.

"We constantly look for ways to innovate and create seamless and immersive content experiences for our audience," said Dennis Camlek, executive vice president, strategy and consumer marketing at National Geographic. "By partnering with 360i and Verizon Media on delivering this incredible, first-of-its-kind VR experience, our audience is able to engage with MARS and get excited for the new season, and ultimately, by using this powerful storytelling device, we're hoping to inspire future scientists, explorers and adventurers."

VR usage is growing, especially within the gaming audience. There will be an estimated 36.9 million VR users by the end of this year, according to eMarketer, and that number is expected to increase 70 percent by 2020. We know consumers are hungry for engaging, well-executed VR ad experiences that provide utility, enhance reality and create meaningful connections with brands. At Verizon Media, we're using brand advertising intelligence to help marketers build emotional connections that motivate consumers throughout their journey. Our first-in-market programmatic VR offering is yet another powerful ad experience for consumers to discover, interact with and transact with brands.