Yahoo Finance announced that Sheila Bair, a leading expert in finance and economics, and the former Chair of the Federal Deposit Insurance Corporation (FDIC), will contribute a recurring monthly column.

In her first piece, Bair makes a case that President Donald Trump's attacks on Amazon undermine the First Amendment of the Bill of Rights.

"We're delighted to have Sheila contributing to Yahoo Finance," says Yahoo Finance Editor in Chief Andy Serwer. "Her experience and expertise when it comes to markets, the economy and politics gives her a singular perspective. And she's a darn good writer too."

Bair has a long and distinguished career in finance and banking that spans both the public and private sectors. She served a five year term as the 19th Chairman of the FDIC from 2006 to 2011. During her time as Chair, Bair was widely credited for her role in steering the institution, and the government, through 2008 financial crisis. 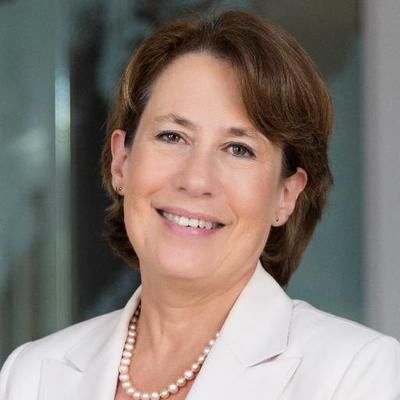 Prior to joining the FDIC, Bair was the Dean's Professor of Financial Regulatory Policy for the Isenberg School of Management at the University of Massachusetts-Amherst. She has also held positions as Assistant Secretary for Financial Institutions at the U.S. Department of the Treasury, Senior Vice President for Government Relations of the New York Stock Exchange, Commissioner and Acting Chairman of the Commodity Futures Trading Commission, and Research Director, Deputy Counsel and Counsel to Senate Majority Leader Robert Dole. Bair earned a bachelor's degree from Kansas University and a J.D. from Kansas University School of Law, as well as honorary doctorates from Amherst College and Drexel University. She was named one of TIME magazine's most influential people, has topped The Wall Street Journal's annual 50 "Women to Watch List," and was ranked by Forbes as the second most powerful woman in the world behind German chancellor Angela Merkel for two consecutive years.