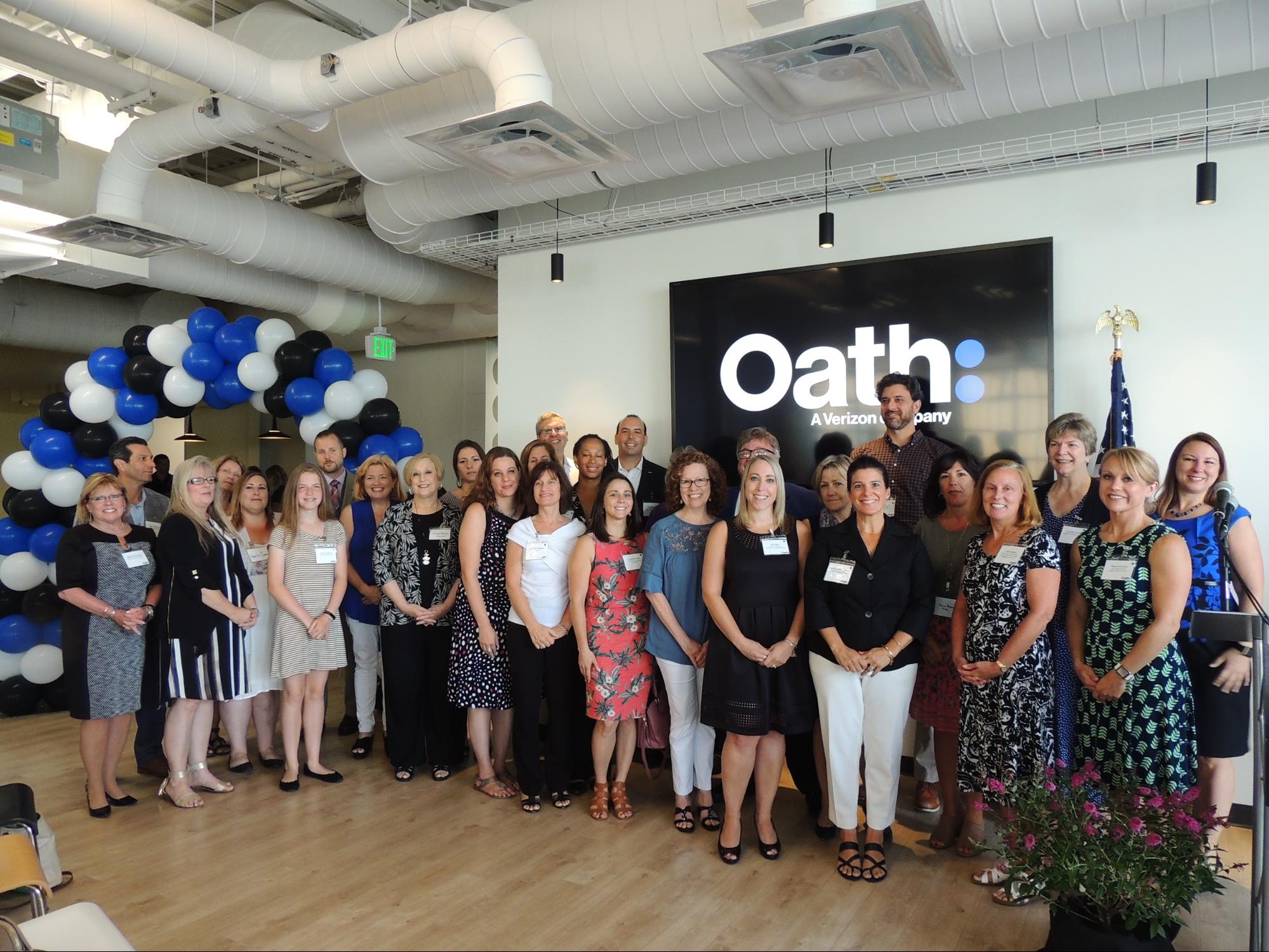 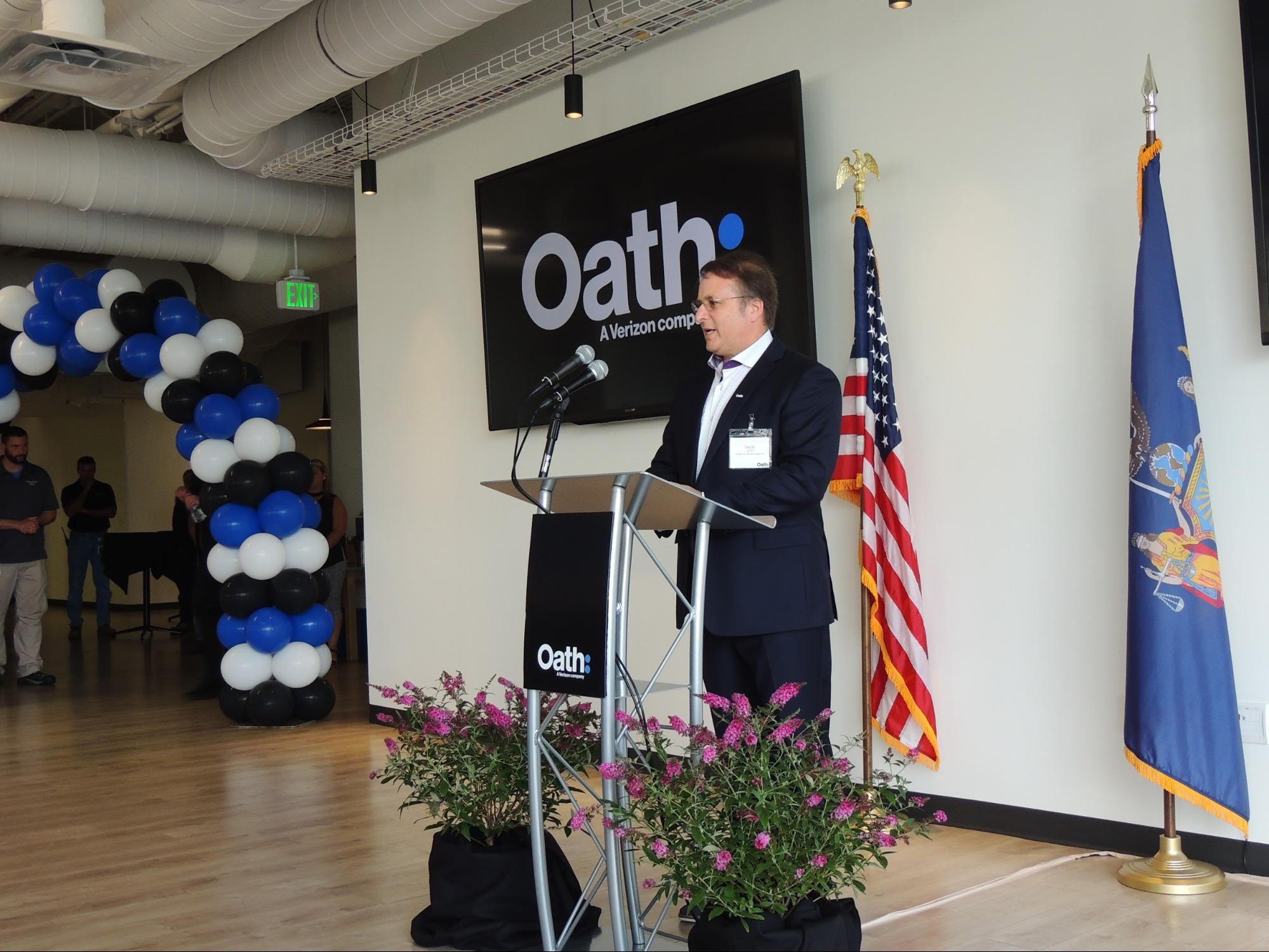 Greg Sly, VP of Infrastructure Services & Operations, Oath engineers, local elected officials, members of the media, and new and former awardees gathered at our Lockport data center – a center of technical excellence for the company – to recognize 20 local organizations in Western New York that are furthering STEM education, the environment, and economic development in the region. 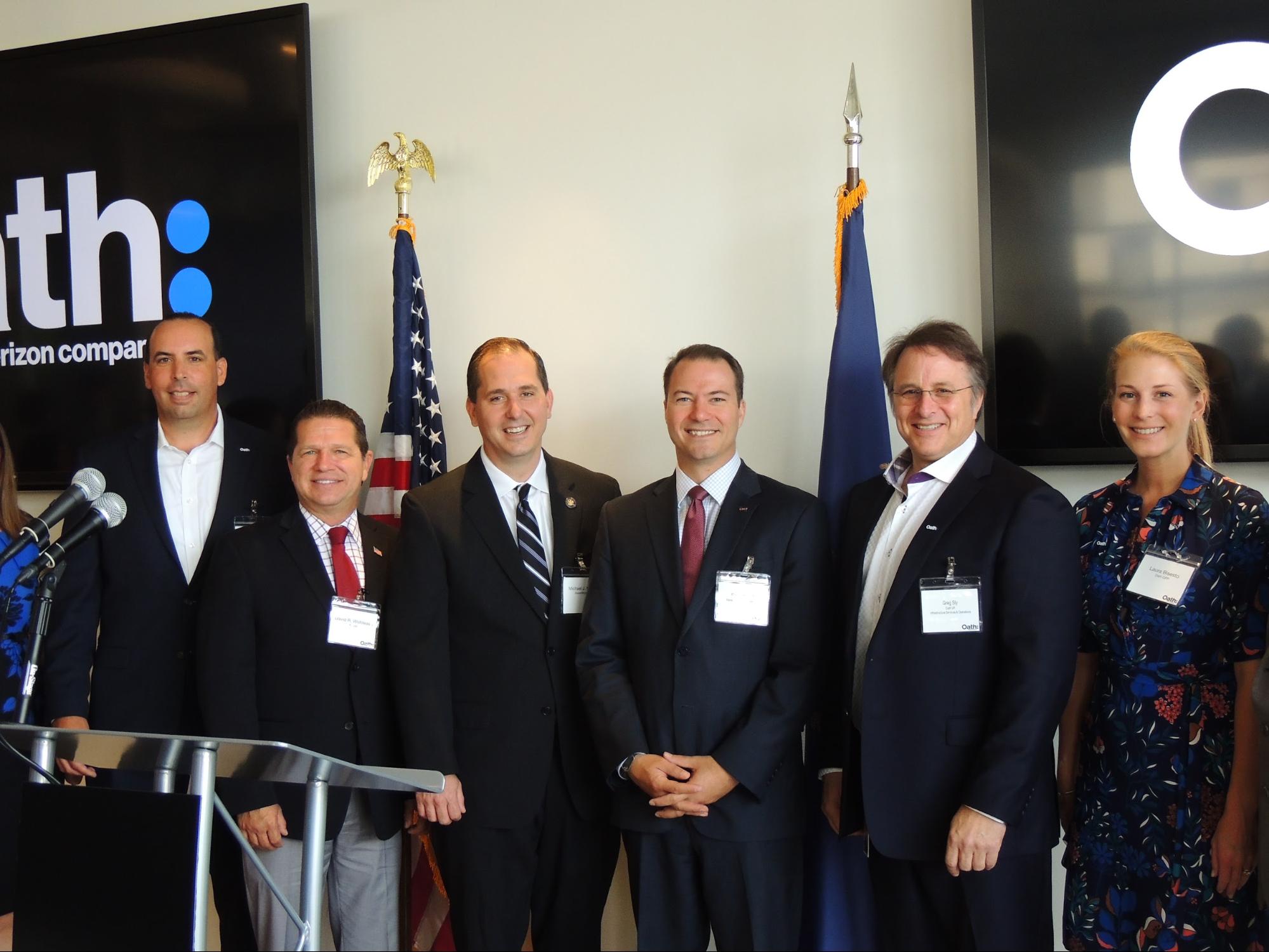 Oath is driven by its core values and one of those is to "create what's next." That's why we've committed to deepening our mutually-beneficial partnership with Western New York by investing $3.5 million over seven years to other values-led organizations like those recognized today who are creating "what's next" in the community. Oath's engineers and colleagues are invested members of the same community. When their friends and neighbors do better, so do they and our business. That's why we are so pleased to continue giving back to the communities that support our technical operations, and look forward to doing so again next year.